Salt fog testing is used for more severe corrosion testing on metals and alloys. The very high degree of sharpness of the corrosion is due to the salt fog test providing a highly concentrated electrolyte, which significantly influences the corrosion rate. The severity of the test depends on the salt concentration, the test temperature and the test cycle design.

The salt spray test was developed by an automotive working group to subject certain components in motor vehicles to a life test under more stringent test conditions.

The test is primarily used for aggravated corrosion testing on metals and alloys. 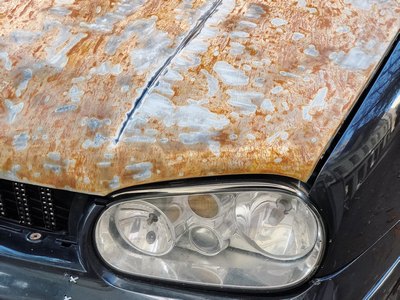 Explanation of the salt spray test(click to open)

The salt fog test - also called salt spray test - is used to test industrial materials for corrosion resistance to salty atmospheres. The term "corrosion test" that is sometimes used is misleading, as corrosion generally refers to the reaction of a material with its environment that causes a measurable change in the material. In the case of metals, chemical corrosion is of particular importance (DIN EN ISO 8044; formerly DIN 50900). Probably the best known type of chemical corrosion in metals is rusting, which is the oxidation of iron. The salt fog test is only concerned with the corrosive effect caused or promoted by salt solutions. Affected objects and materials are mainly found in vehicle and road construction (salt spreading). Automobiles in particular - but also other vehicles used in winter road traffic, such as bicycles or motorcycles, or even wheelchairs - suffer considerably under the influence of road salt. Not to mention structural elements such as steel girders in bridges or metal guard rails and the like.

Execution of the tests

The object to be tested is placed in a specifically equipped chamber for a specified test time. There, the actual test takes place by continuously exposing the test specimen to a fog atmosphere containing a certain amount of salt. As a rule, sodium chloride solution with a concentration of 5% is used, whereby a PH value of 6.5-7.2 is set. The ambient temperature is kept constant at 35 °C. The saline mist condenses as a salt solution on the test specimen and has a corrosive effect. The goal is to simulate much longer periods of time under time-lapse conditions. The high salt concentration serves this purpose, as does the high temperature. This accelerates the corrosion process considerably and protective coatings applied for the purpose of corrosion protection are also destroyed or lose their effect. Thus, the test specimens actually corrode considerably faster than under normal everyday conditions. The duration of the tests is usually between 96 and 1000 hours, depending on the object and the assumed service life. Each time after 24 hours, the test specimen should be removed and examined for corrosion damage. At the end of the test runs, the test objects should be rinsed with deionized water to remove loosely adhering particles caused by corrosion.
This should be followed by an optical or electrical analysis of the tested material.

If, for example, the effect of a metal-clad corrosion protection is to be evaluated, this can be derived from the time that the tested object copes without showing visible signs of corrosion on the base metal. These are mainly recognizable as traces of red rust. Finally, the real protection effect in everyday life can be derived from the test setup including the time-lapse function.